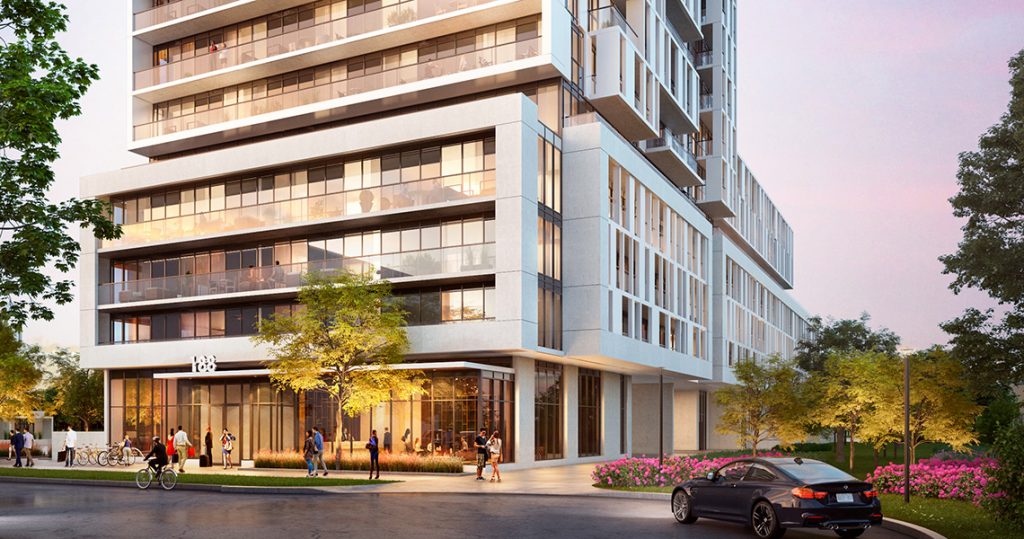 Verde Condos is a new condo project located at 188 Fairview mall Drive in Toronto, will be developed by Fram Building Group, Verde Condos right across from the well known Fairview Mall. Be close to the Don Mills Subway station, the highway, shopping, restaurants, schools, Seneca College and so much more! Verde Condos is the newest release in FRAM’s successful Fairview Park master-planned community. Designed around an immense network of greenspace, unfurling to a lush Community Park, Verdé offers a connection to nature, unlike any other condominium experience. Graced with a nearby major Mobility Hub, Don Mills Station, Verdé is the embodiment of connected living.

Verdé offers a variety of ways to connect with nature. Intricately connected green pathways are woven throughout the community, leading to an on-site Community Park. Lush and verdant, the park is designed for gathering, games, fitness and quiet reflection in equal measure. Marching toward energy conservation and environmental preservation, Verdé features a green roof on the eighth floor as well as a welcoming, socially active courtyard. 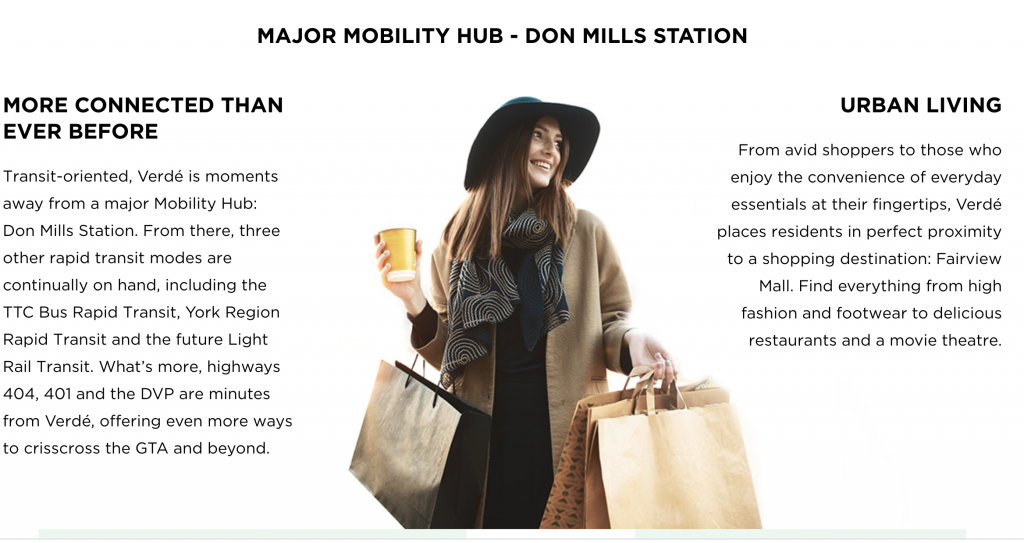 NEW FEATURES AT VERDÉ – Residents and guests will be greeted by an executive concierge as they enter the tastefully designed lobby by U31. Among U31’s impressive array of award-winning designs include notable refined residences such as 88 Scott, 36 Hazelton, The Avenue & Park, just to name a few. The modernly designed lobby will offer a WiFi enabled ‘smart charge’ business zone, located adjacent to the featured double-sided fireplace lounge. Verdé will feature an expansive outdoor rooftop terrace equipped with lush green landscaping and cabanas, the first in this multi-phase development. With endless options for fun and function for residences of all ages with amenities such as multi-purpose party room, billiards table, WeWork inspired “work” zone, fitness and yoga centre, table tennis room, and kids play area. Residents can enjoy the added on-site services such as the secured parcel lockers and the convenience of on-site CarShare.

INTERCONNECTED WITH NATURE – Verdé has been purposefully named and designed to complement its setting, greenery. Beautifully landscaped, Verdé is surrounded by an extensive network of green spaces, courtyards, and pathways connecting to Fairview Park’s multi-function Central Park. This Park offers an array of recreational activity zones ranging from a splash pad to fitness stations. The abundance of open green areas is one of many reasons the Fairview Park community is deemed exclusive and desirable.

CONTINUOUS COMMERCIAL GROWTH – Residents will have access to a wealth of employment opportunities within the community’s employment districts. Within these two districts is the established Consumers Road Business Park, currently the largest employment area in the city outside of the downtown core, boasting over 34,000 jobs. Further expansion is underway as the city is committed to enhancing this employment hub.